Continuing with celebrating the centenary of the publication of ‘Ulyssess‘ in 1922, the Princess Grace Irish Library hosted a talk given by Dermot Bolger, with dramatic readings by our actors from Bolger’s play adaptation of Ulysses by James Joyce.

The writer explained, with humour, how his initial terror at approaching Ulysses as a playwright, reflects the terror of many readers due to its mystique and complexity.  He takes as his starting point, a complaint by Nora Barnacle (Joyce’s wife) that he kept her awake at night, laughing as he wrote. 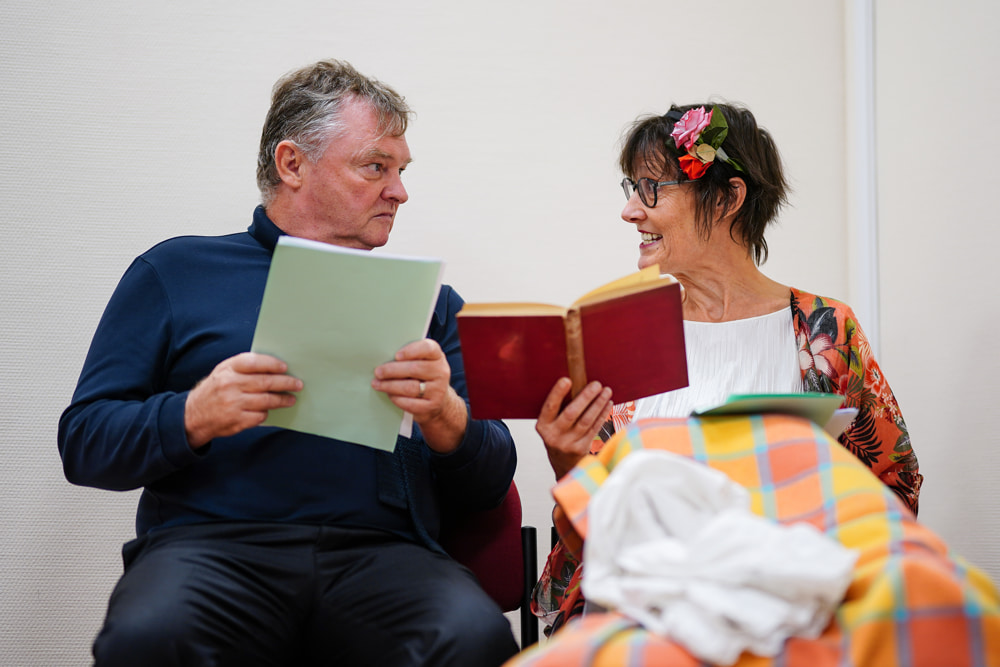 28 APRIL 2022 : AN EVENING WITH AUTHOR NUALA O’CONNOR AT THE PRINCESS GRACE IRISH LIBRARY 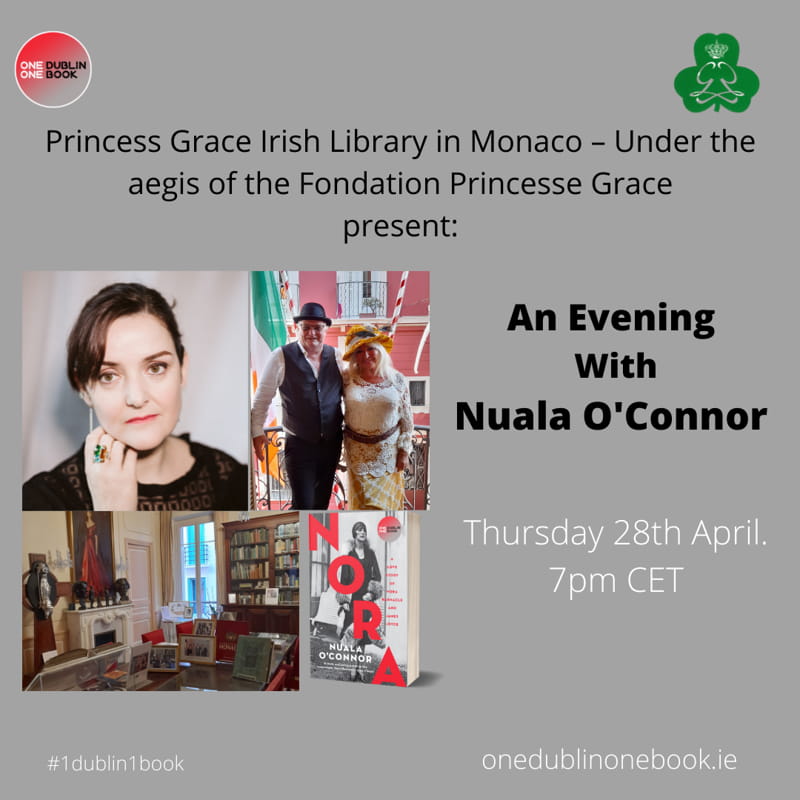 To help celebrate the centenary of the publication of ‘Ulyssess‘ in 1922, the Princess Grace Irish Library hosted a lecture given by Nuala O’Connor.  Nuala spoke about what inspired her to write her new book, Nora, and the meticulous research undertaken. This bio-fictional novel takes the facts around the lives of Nora and James Joyce, and re-imagines them as a fictional story.

The talk was illustrated by dramatic readings of personal letters, between Nora and Joyce, by our MIAS actors.

On 25 March, 2022, MIAS performed extracts from A Moon for the Misbegotten, The Iceman Cometh and Ile (a one act play) by Eugene O’Neill, at The Auditorium du Collège Charles III, Avenue de l’Annonciade, Monaco, and we were very honoured H.S.H Prince Albert of Monaco was able to attend.

A Moon for the Misbegotten : Set in a dilapidated Connecticut house in early September 1923, the play focuses on three characters: 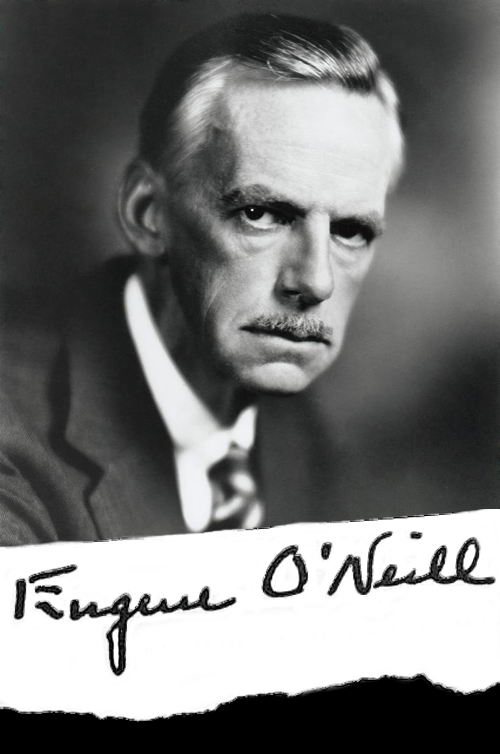 Josie, a domineering Irish woman with a quick tongue and a ruined reputation, her conniving father, tenant farmer Phil Hogan, and James Tyrone Jr, Hogan’s landlord and drinking companion, a cynical alcoholic haunted by the death of his mother.

The Iceman Cometh : Set in New York in 1912 in Harry Hope’s downmarket Greenwich Village saloon and rooming house. As the play opens, the regulars are expecting Hickey to arrive in time for Harry’s birthday party. The first act introduces the various characters as they bicker among themselves, showing how drunk and delusional they are, all the while awaiting Hickey.

Ile : The one act play  is set about Captain David Keeney, a man obsessed with finding oil, and his wife, who joins him on his ship for what ends up being a two-year voyage in the middle of the ocean that tests the limits of everyone on board. The crew is determined to track down whales to find “ile” (oil), but instead end up barged in ice for months, and the dejection is palpable from the beginning of the first scene.

This is the Ulysses year – the 100th anniversary of its publication by Sylvia Beach of Shakespeare and Co, in Paris, after it had been banned and burnt in the UK and the USA.

On 17 January at the Princess Grace Irish Library, Lynn Sharpe did a reading from Sylvia Beach’s reminiscences of her first meeting with James Joyce at her bookshop.

Sylvia Beach was an American-born bookseller and publisher who lived most of her life in Paris. She is known for her Paris bookstore, Shakespeare and Company, where she published James Joyce’s controversial book, Ulysses (1922). 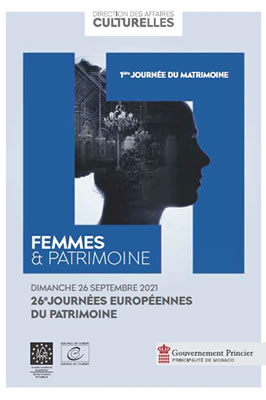 On 26 September, MIAS contributed a small reading of texts for the Matrimoine Culturel (Women’s influence in Ireland) at the Princess Grace Irish Library.  MIAS  performed extracts from descriptions of famous Irish women as well as some poems by modern women.  For example: Contess Markievicz and Easter 1916; Maud Gonne, the muse of early Yeats’ poems; Lady Wilde, Lady Gregory. Two amusing letters from women on ‘The Battle of the Short Skirt’ (1939) and ‘On the Contraceptive Train’ (1971). Modern poetry by women, Evan Boland, Maire Mc Entee. Spicy pieces from Merryman’s ‘The Midnight Court’ and ‘The Battle of the Bogside’ by Bernadette Devlin.

This was the first year for ‘Journée du Matrimoine‘ (dedicated to ‘Women and Patrimony’) to mark the 26th year of celebrating the annual Journées Européennes du Patrimoine.

We are delighted to announce the First “Bloomsday in Monaco” with the Princess Grace Irish Library and MIAS was on 16 June.  We performed along with two pupils from the International School of Monaco, accompanied by music on the bodhrán, and wandered around The Rock, as Leopold Bloom strolled the streets of Dublin.

For those of you who couldn’t be with us this year, why not plan to support us next year for the Bloomsday Centenary.

MIAS was invited by the Princess Grace Irish Library to provide a short performance on St Patrick’s Day this year, together with a musical interlude by the Academie de Musique, which was filmed. 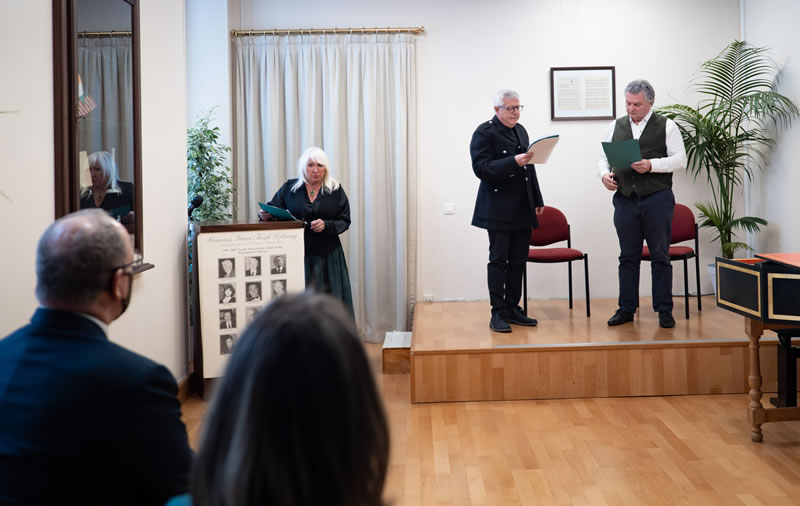 We were very honoured to give a command performance for H.S.H Prince Albert of Monaco.

Eugene Gladstone O’Neill was an American playwright and Nobel laureate in Literature.  He was the son of Irish immigrant actor James O’Neill and Mary Ellen Quinlan, who was also of Irish descent. His father suffered from alcoholism; his mother from an addiction to morphine, prescribed to relieve the pains of the difficult birth of her third son, Eugene. O’Neill spent several years at sea, during which he suffered from depression and alcoholism. Despite this, he had a deep love for the sea and it became a prominent theme in many of his plays, several of which are set on board ships like those on which he worked.